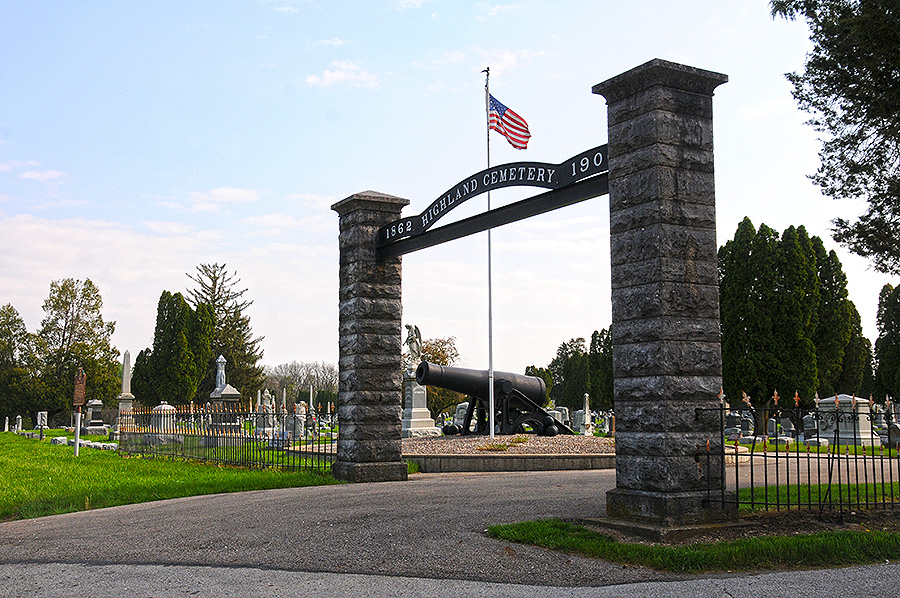 This cemetery is located on the northern edge of Covington, Ohio and is the largest cemetery in Newberry Township. The cemetery is active and well cared for.  According to markings on the stones that are still readable, the first burial was in 1830, however, there can be no doubt that there were burials here before that date.

The “Old Township Section” contains what was once the “Ingle Family Burying Groundied”  These are the oldest graves in the cemetery and are, in part, the graves of the Michael Ingle Family. Michael was the first permenant settler (1804) in Newberry Township, Miami County Ohio.

The first meeting of the Covington Cemetery Association was held on 25 December 1861 in the store of Flockemer and Kensinger. Five weeks later, on 3 February 1862, four and one-half acres of land was purchased at eighty dollars per acre and is recorded in the Association minute book as: “ground adjacent to the old graveyard owned by David Ingle, four and one-half acres already laid out by him as a cemetery.”  This first purchase takes in all of the present day cemetery laying to the south and west of “The Old Township Section.”

Sale of lots by the Covington Cemetery Association was begun on 5 April 1862, at five dollars per lot, each lot containing room for eight graves.  After this date, several old family cemeteries were moved into the “new” cemetery and can be determined, in part, by dates of death before April 1862. 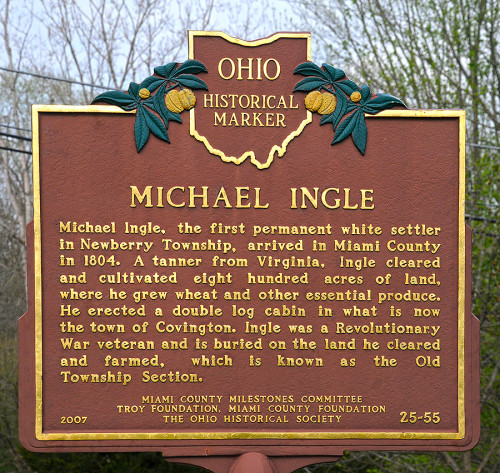 Before 1864, there was another cemetery located in Covington. It was on the lot beside the Baptist Meeting House on the north side of Spring Street, between Main and High Streets. This old cemetery was moved in 1864 into the “Old Township Section” of the Highland Cemetery.

In 1900, David Face donated the stone gate at the entrance and from time to time, more land was purchased until at the present the cemetery embraces twenty-five acres. On 1 January 1982, the “Highland Cemetery Association” was dissolved and the ownership and care of the Highland Cemetery was turned over to the Newberry Township Trustees. The Newberry Township Trustees have the records of this cemetery and should be consulted for the names of persons buried here that have no gravestones. 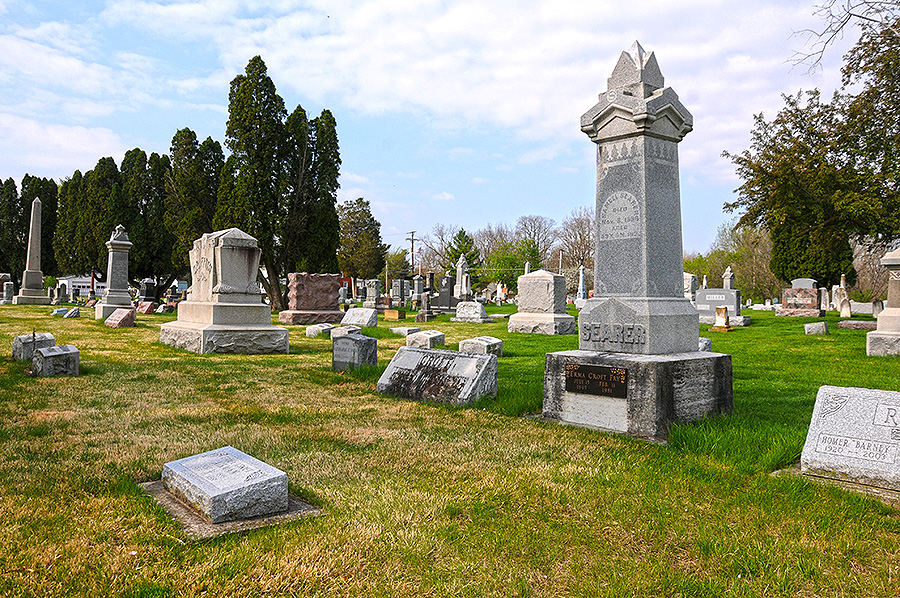