Several individuals who were born or raised in the Village of Covington have gone on to become very well known on a national scale. Below are profiles of famous people from Covington.

Josephus Brown Thompson was born in Newberry Township, Miami County, Ohio on November 5, 1897 and was an avid musician, playing the drums and saxophone with various musical groups in the area. 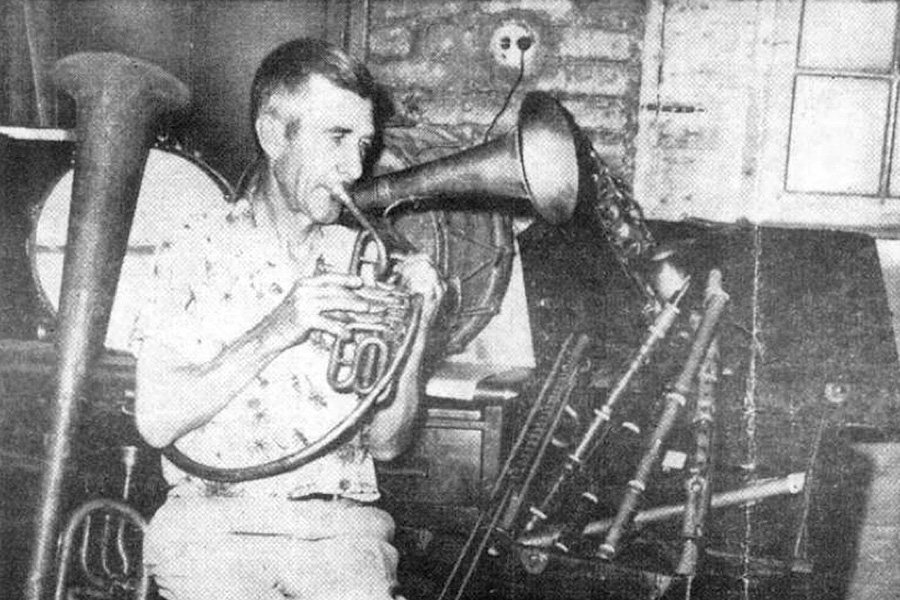 His passion for music and musical instruments led to a business partnership with longtime friend G.F. “Biddy” Etter in the Piqua Music Shop in 1924. Unfortunately, the business only lasted until 1929 due to the “Great Crash”.

During the depression, Thompson repaired musical instruments on his father’s farm located south of Covington and played in a six-man dance band consisting of 27 instruments.

Thompson’s musical instrument repair business grew until he once again partnered with Biddy Etter in 1939 to open the Thompson-Etter Music Store. The business quickly grew from a two-story brick building behind his house to a location on High Street in Covington. 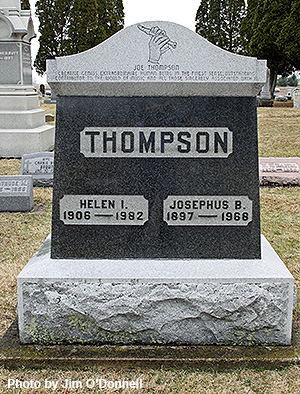 With the success of his partnership with Etter, Thompson was able to experiment with musical instruments and eventually began eventing new instruments. His most significant invention was a “mouthpiece puller” a device which enabled the user to remove a mouthpiece from a horn even when it seemed hopelessly jammed. The devise is still widely used today.

The next invention by Thompson was the Flutophone, which was is engraved on his tombstone. The invention came about through Thompson’s frustration with the problems of pre-band instruments such as the saxette and tonette – two instruments widely used in tight 1940s. With the help of Maurice Eidemiller, Thompson designed the holes for the Flutophone and then contacted a plastic molding firm from Elyria, Ohio for actual molding and production.

The success of the Flutophone encouraged Thompson to make other plastic instruments; the Skylark Kazoo Whistle, the Dixie and Piper Fifes, the Sax—O-Fun, and the Hezzle, a junior slide whistle.

Even with his success as an inventor in which consisted of 43 items, Thompson continued operating the Thompson-Etter music shop until May, 1967. Joe Thompson died on March 8, 1968 and is buried in Highland Cemetery in Covington, Ohio next to his wife Helen, who he married on November 23, 1938.

Tim and Terry Vogler were the most successful athletes to ever come out of Covington. They were members of the 1973 State Championship team that finished the season unbeaten. Coached by Larrie Tisdale, the ’73 team only allowed two teams to score points on them in ten games and a total of 24 points all season, a record which stands today. 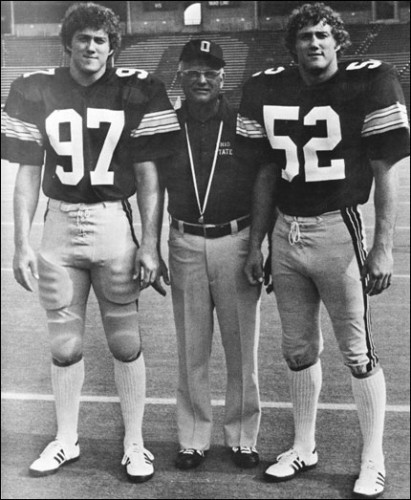 The Voglers were also a part of the 1974 team that finished 9-1. They finished their high school career with a 19-1 record over their junior and senior seasons.

Both Tim and Terry went on to play college football at Ohio State for legendary coach Woody Hayes.

Tim was one of the Buckeyes’ team captains his senior season. That same season at OSU they helped lead the Buckeyes to a 7-4 record and a visit to the Gator Bowl against Clemson. That was the infamous game known as “The Punch” where Woody Hayes punched a Clemson player on the Buckeyes’ sideline, ending his historic coaching career.

In 1979, Tim was acquired by the Buffalo Bills of the NFL as an undrafted free agent. He played ten seasons, appearing in 117 games for the Bills at nearly every offensive line position throughout his career.

Tim played with such football greats as Joe Cribbs, Jim Kelly, and Bruce Smith. He was coached by Pro Football Hall of Famers Marv Levy and Jim Ringo. Ringo was a dominating force for the Green Bay Packers under coach Vince Lombardi back in the early 60’s. 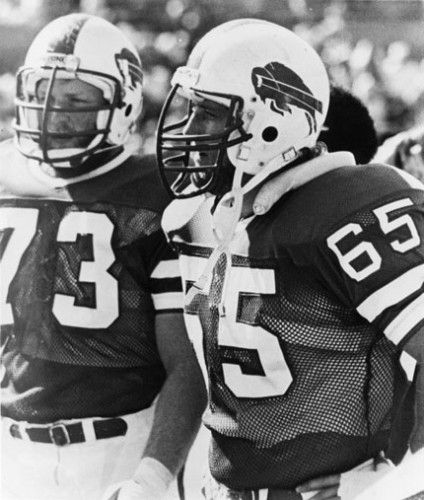 The legacy the Vogler Brothers left at Covington still exists today. The kids who play on the same field know quite well about the Voglers.

Some of the memorabilia from their playing days are displayed in the trophy case which is a constant reminder of what these two players mean to the town of Covington.

Tim’s Buffalo Bills helmet also is a reminder that even a kid from a small town can make it to the big time.

George William Kelsey, known as Billy Kelsey, had a short stint with the Pittsburgh Pirates in 1907. Born on Wednesday, August 24, 1881, Kelsey broke into the big leagues on October 4, 1907 at the age of 26 and played in two games for the Pirates. In those two games, Kelsey had two hits in five at bats for a batting average of .400 and scored a run. It’s undetermined what position Kelsey played, but he had five put-outs and a 1.000% fielding percentage in the two games he played for the Pirates.